Becoming a Knight of the Spiral

With the start of summer and schools letting out, there is a huge influx of younger players enjoying our beloved KingsIsle games. With all these younglings running around the Spiral, needing a safe environment to play, I thought I would encourage us older or more experienced players to remember to watch over them a bit.

We need to think of ourselves as Noble Knights of the Spiral and help keep the gaming experience nicer for everyone, except for the miscreants out there. Those are who we will protect our younger players from.

Some excerpts from The Knight’s Code of Chivalry from The Song Of Roland are:

To protect the weak and defenceless

To live by honor and for glory

To fight for the welfare of all

To obey those placed in authority

To guard the honor of fellow knights

To eschew unfairness, meanness and deceit

We can be that knight for our fellow players.

We all see other players misbehaving in the game and I suggest that we not ignore them but to make liberal use of that report button and call attention to their misbehavior and hopefully trigger some consequences from the powers that be.

First we need to know just what IS reportable. Things like:

• Creative swearing or cursing around the filters.  If they manage to get the thought across that they are using inappropriate language then report it.

• Anyone asking for someone’s personal information like their password, sign in name, their real name, school, email or phone number (Yes there are creative ways to say numbers even though they aren’t allowed in chat), or specifically asking where someone is from.

• Any threat to their person in real life. (Talking a little reasonable smack in game is fine.)

• Any claims to cheating.  If you hear someone talking about using codes, an exploit or other software or is promoting a crown generator.

• Anyone claiming to be a KingsIsle employee that cannot prove it by displaying the employee’s badge that will say “KingsIsle Support”.

Since false reporting is also a no-no let’s remember what is NOT a reportable offence.

• You get reported by someone and you believe it is false. Do not report that, two wrongs will not make a right (although three rights DO make a left :P). The report team will read every chat log associated with every report and they will determine if it is false or not. If it is, the wrongdoing will be credited to the false reporter, not to you.

• Someone keeps jumping into your fights, causing more mobs to join, and then they flee.  Granted this is really rude behavior but it is not reportable. Just change realms to get away from them.

• Offering to trade treasure cards for anything and not fulfilling their part of the deal once they have your treasure cards.  This is also beyond rude but you agreed to the trade and you have to decide to trust someone or not.  The old adage of “Let the buyer beware” is wise words to follow.  If it sounds too good to be true it probably is so don’t go there.  If you hear anyone trying to talk someone else into this kind of deal, be the Noble Knight and warn the targeted player that it is a scam. Now if you hear someone trying to get their login name or password to give them crowns for their cards…That IS reportable and go for it.

• Someone bugging you or constantly asking for gifts. Another case of rudeness and rude behavior alone is not grounds for reporting.  Just tell the harassed player to click on the beggar’s name in the chat log and then click “Ignore”. Then they will no longer see anything they have to say.  If the person persists in jumping around and getting in their way,  show the victim how to change realms to get away.

Even if you can’t report someone for being a pain to another player, you can do your Noble best and give them all the tips you know on how to avoid the offending player.  Protecting these kids and newer players is a Knightly duty we should all take on to make our Spiral a much happier place. 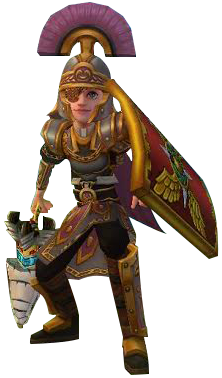 In Wizard101 there are Hall Monitors. Whenever you see the results of one doing their job, (It will show up in your chat log when they have warned or muted someone) please encourage that monitor and cheer them on. Because of their secrecy code, they will not be able to respond to you but they will hear your praise and I am sure it will give them a good case of the warm fuzzies. They have a hard and thankless task to do and since they have to work in absolute secrecy no one can know who they are for their much deserved pats on the back. The offending players tend to get pretty caustic while this is going on (until they also get muted) so a show of player agreement with what the hall monitors are doing will show the crowds that players along with the Monitors will not tolerate such behavior. Support any Hall Monitor you happen to catch doing their job and they will really appreciate the kudos.

Just a note about Hall Monitors; if you hear anyone claiming to be one, that is your first clue that they are not.  No hall monitor will ever break their code of silence and admit that they are one. If you ever hear someone threaten anyone with their Hall Monitor powers, report them.

Whenever you are traveling along from one place to another, keep an eye out to the mob fights you see going on. If you see someone struggling, by all means offer them some help. Please, always ask first before you join, it is only polite.  We all need a helping hand once in a while and new players even more so.  They have to learn their skills from someone, so why not a friendly Noble Knight of the Spiral?

In Pirate101, if you see a ship fight going on, just do a quick check of their ship’s health and join right in if you see it get too low or if you see that someone has been ganged up on by enemy ships. You will all share in equal loot and may find some Scrip in the process. Besides it’s always great fun to blow enemy ships out of the skyway.  Muahahahah!

When you are running around in the Commons or the hub for any world, as long as you are not in the middle of something, keep an ear (eye) out for calls for help.  Many things in our beloved games cannot be easily soloed and some things we deem easy are really tough for a newer player.  They will be so grateful for your help.  Sure there are some lazy players out there that just want to ride through fights on your armor tails but you will discover who they are rather quickly and just put them on “Ignore” so you don’t even hear their shenanigans.  I am not condoning Power Leveling here by any means, I will never do that for a lazy player but I WILL switch to a character that is closest to their level and help out any way that I can.  After all, it IS a Knight’s duty.

There are a lot of fansites out there and you would be surprised how many newer or younger players are not even aware of them.  Strike up conversations and let them know about our beloved fan sites and tell them where they can be found.  Either by name or tell them how to get to the Fan Site page on the official game page for Wizard101 and Pirate101 fantastic fan sites. 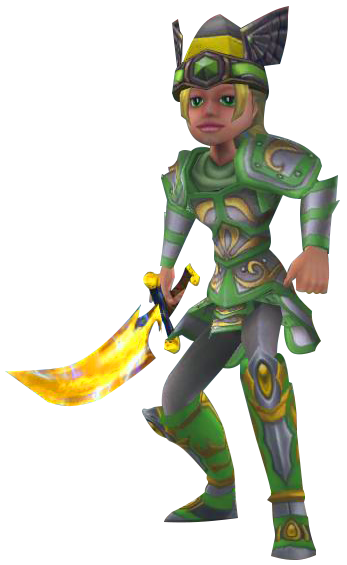 Be sure to let players know about the message boards. Explain how they can post by purchasing crowns if they are not a subscriber.  I played for several years before I got brave enough to try the message boards and I cannot begin to describe how much I have learned reading and posting there.  Now I have a whole new family with my fellow Message Board Marauders on the Pirate side and actually having to think up a moniker for a message board name is how “Chrissy The Blesser” was born.  The wealth of information and just plain giggles on the message boards for Wizard101 and Pirate101 cannot be underestimated.  They do seem a bit overwhelming at first so please, be the Brave Knight and show them how easy it can be to become a much more informed player.Let us also not forget to let them know about the official KingsIsle Blog. They post so many wonderful posts about the game and focus on so many wonderful players, we need to spread the word so more can enjoy.

Let’s not forget social media.  Let the newer players know about Twitter, Facebook, YouTube, Google Plus, Pinterest and Tumblr for great info, artwork and really cool prizes from both games. Just make sure you have your parent’s permission before going onto or registering with any of the social media sites if you are not an adult yet.

So as they used to say in Hill Street Blues, let’s show those younger and less experienced players how to “Let’s be careful out there”.  Keeping them safe will keep the Spiral safer and we will all benefit from a more enjoyable gaming experience. 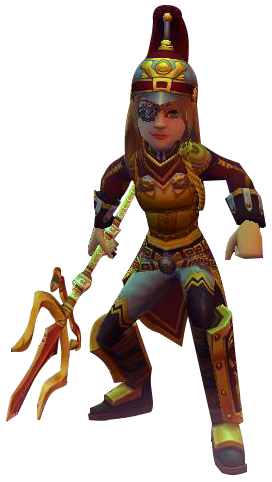 OK Knights of the Spiral………Time to ride! 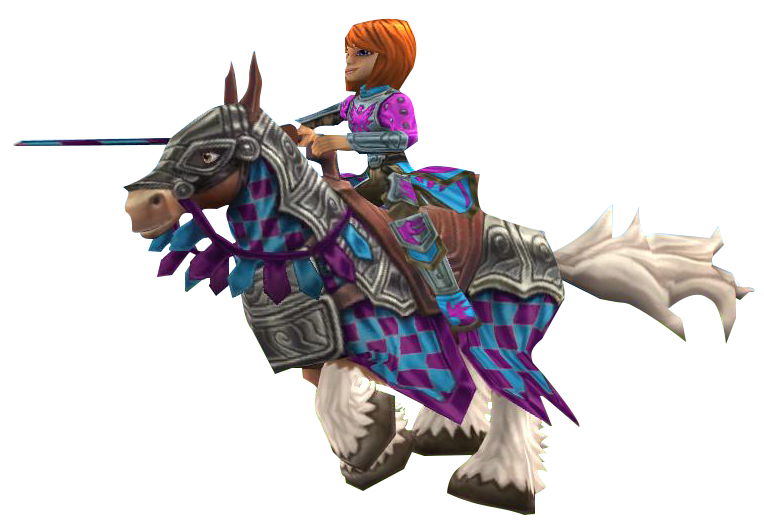 Many thanks to: Swordroll, Matthew Dragonblade, Jack Nightingale, Iridian Willowglen, & Calamity Pixieshade for providing pictures of all their Noble Knights of the Spiral. *Chrissy Hugs*

Huge thanks to Chrissy The Blesser for making another post! Special announcement: These posts by Chrissy demonstrated her awesome capabilities at blogging and unparalleled determination. She did a wonderful job, so Chrissy is now part of the AoS team! Make sure to welcome her to our crew in the comments or on Twitter!

It’s Time To Show Some Support