The latest update to Pirate101 brings a long awaited addition: ranked PvP! Yes, we know. It’s no Book 15. But overlooking this update can be a big mistake – ranked PvP brings a lot to the game, and if you’re waiting around for new content, a great way to spend the time is to test your skills against other players.

In the first post of this segment, we provided some of our tips, tricks, and general thoughts about what ranked PvP has to offer. Continue reading, and soon you’ll be a master of the Brawlin’ Hall!

PvP isn’t new to Pirate101. Practice matches have been around since December 2012, but the ranking system opens up completely new possibilities – and challenges. Balancing each class, their companions, and gear is no easy task, and for the most part, it was done well. No class truly outshines all of the others (even with seemingly overpowered skills like Black Fog – more on this in our next post), and with the right amount of skill, any pirate can climb the ranks and earn the Champion rank.

However, not everything can be perfectly balanced, and there’s still plenty of room for change in the future. Doubloons are outright banned, but perhaps they can just be weakened instead. Some skills on certain gear pieces – specifically Moo Manchu’s Terra-Cotta outfit – can completely unbalance a match, and even though everyone may have access to it, the time investment required can be far too much for the average player.

In terms of the current system, 1v1 matches and the Battle Royale are a good starting place. There’s no option for team matches yet, but if you want to join up with a friend or two, try entering a Battle Royale. It’s not the most reliable way to have a team match, but the free-for-all aspect can be a lot of fun!

What Companions Should I Pick?

The simple answer? There isn’t one. With the companion revamp that came with the update, the amount of useful companions have skyrocketed. Even the mediocre companions on your crew have received a huge boost (Prince Yulefest, epics-wise, is nearly as powerful as pre-update Bonnie Anne), and the strongest ones have gotten even stronger. For example, being a Musketeer, I prefer to have an entirely ranged-based roster: Bonnie, Chantal, and Nausica are my top 3 picks. Yet I’ve also seen Musketeers with completely different strategies that work just as well: they drop bombs from a distance, then when the enemy approaches, they attack with their melee Swashbucklers and Buccaneers. 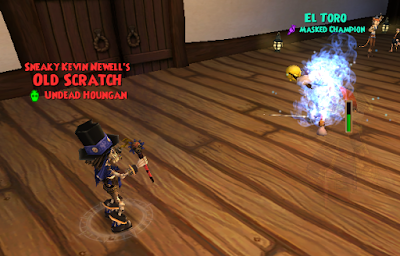 All of the Grizzleheim Beast companions are useful, along with most of the starters and some of the Kraken Skulls. Although I may not personally use Old Scratch or Ratbeard, they’re certainly not bad choices at all. In the end, you should come up with your own personal strategy based on what your class is capable of, and pick your companions to supplement your pirate. Remember: with all the skills you have trained, your character is going to be your most powerful unit – bringing in Bonnie Anne or another companion with a heal may be a good idea.

Before jumping into the arena, remember to train the right epic abilities and talents in your companions. Over time, the “best” epics have changed – not only should you be focused on dealing the most damage possible, but you wouldn’t want a few Quick Draws to trigger a chain of Burst Fires and True Grits from an enemy unit. Try to consider potential builds your opponent could have, and be careful not to let them use your epic abilities to their advantage.

This certainly isn’t the easiest concept to fully master, so here’s a chart of what we consider viable epic choices for your companions. Keep in mind that this is just a starting place – if you have a certain strategy in mind, train whatever abilities you feel will help you best carry it out. 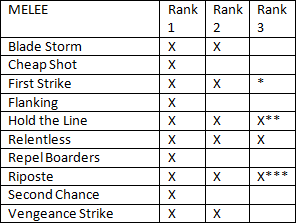 *Although it may seem like a good option, as it can deal with those pesky hidden powers, First Strike 3 really isn’t a great ability. Unless you’re running an all-melee team, one of your opponent’s hidden melee units would simply attack one of your ranged companions and not lose the hide buff from the attack.

**We do not recommend obtaining higher ranks of Hold the Line unless the unit is intended to be a tank – unlike other epics, it doesn’t attack the enemy, so it can’t set off a chain of attacks.

***Riposte 3 has its uses, as it makes the unit that dodged an attack more likely to dodge more. Most Swashbucklers are already very likely to dodge melee attacks, however, so this epic point could be better put into another ability – if you don’t want to take the chance of a failed dodge, however, don’t be afraid to invest in this epic. 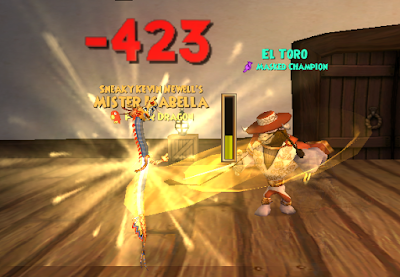 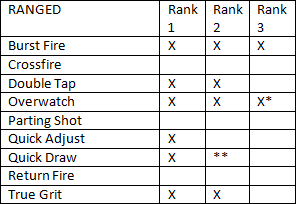 *Overwatch 3 is a matter of preference – it severely reduces the accuracy of an incoming unit, but it does require you to invest a few skill points to get it. We recommend it, but if you’re passing up a skill such as Burst Fire for it, you may want to consider getting that instead.

**Ranks 2 and 3 of Quick Draw are NOT recommended. Although companions like Nausica didn’t receive any additional epics from the revamp, they still didn’t get any less powerful – and they can do a ton of damage if given the right tools. Quick Draw 2 would give anti-Musketeers a huge advantage over you, and would ultimately hurt instead of help. 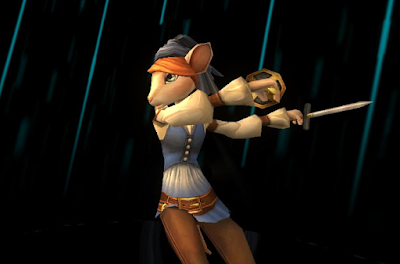 No, we’re not forgetting Witchdoctors. The majority of magical companions’ epics are too situational to make them good choices in general matches. The only epics we recommend are Mojo Echo and Greater Mojo Blast – if you have more skill points to use after maxing these, pick epic abilities that will work against units of any type, like Jobu’s Ruse or Readied Spell. Overall, however, melee and ranged units triumph over magical ones in the arena.

Player-verses-player matches certainly require skill, but you’ll need more than that on your way to glory. If you don’t enter the arena prepared, you risk your opponent getting an edge in the battle – an edge you don’t want to give them! Train your companions and your pirate (yes – these tips apply to what your pirate should train, too!) with a strategy in mind, and you’re already taking a huge step in the right direction. 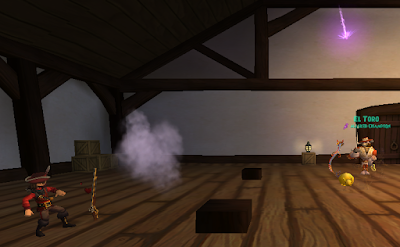 Of course . . . that’s only the first step. Once you find yourself in the arena, executing your strategy may not be as easy as you had previously thought. In our next post in this segment, we’ll be covering the playstyle of each individual class, and how you can best utilize and counter each of their moves.

Update to the Companion Database!